The process for this painting is similar to the last one, using a watercolor canvas with extra gesso again, except instead of sketching with acrylic I just went straight to oil paint.

The photo reference is from Ilja on Paint my Photo of the sun rising on Annapurna, Nepal. I selected a Bible verse to go with this one: “The path of the righteous is like the morning sun, shining ever brighter till the full light of day.” (Proverbs 4:18, NIV)

In the first stage I tried to be conservative with the line placement for the skyline because it was easily moved lower but I wanted to avoid moving it too low and having blue paint under an area that would be painted yellow later.

After the yellow area was blocked in I felt like it should have been more thinly applied and tried to remove some of the excess. Even though titanium white is opaque, it wasn’t as opaque as I would have liked, so it was necessary to apply it thickly to cover the yellow and to avoid too much mixing between the two. A little mixing was fine though, because the white snow also had a warm glow from the morning sun.

The paints used were mostly French ultramarine, synthetic yellow and red ochres, titanium white, and mars black. There was a little bit of some other blues added to the ultramarine, some bright primary yellow added to the yellow ochre, and a little zinc white buff used too. 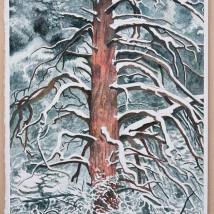 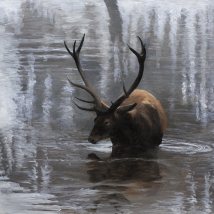 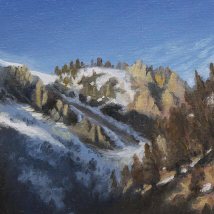 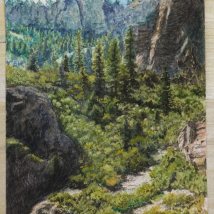 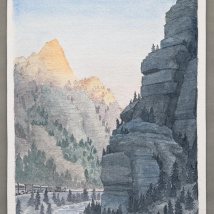 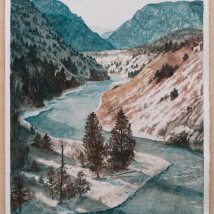 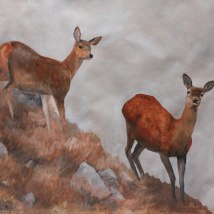 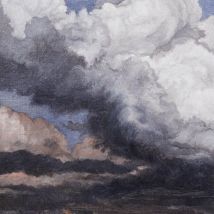 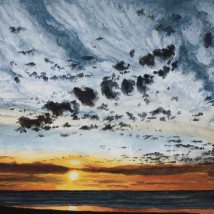 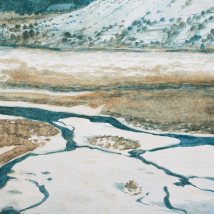 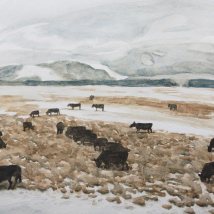 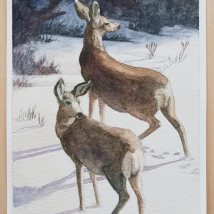 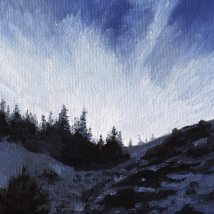 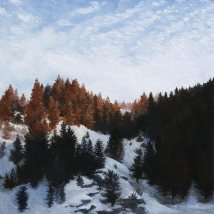 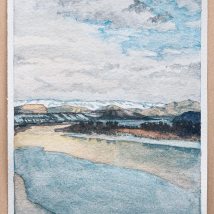 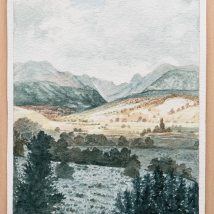 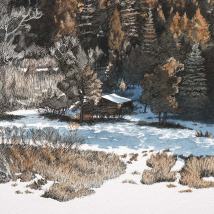 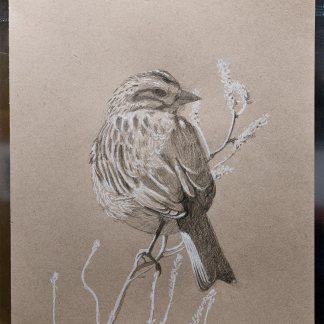 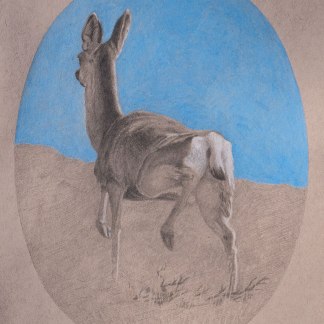 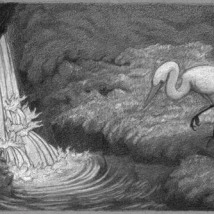 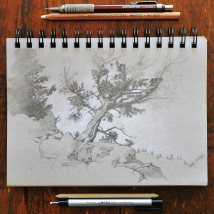 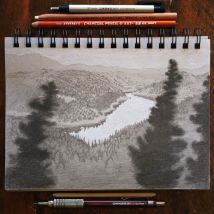 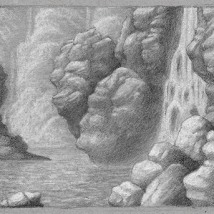 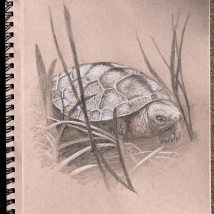 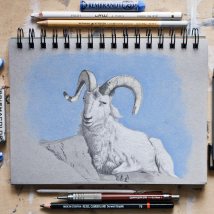 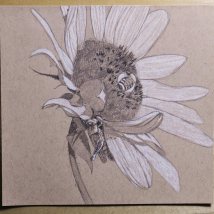 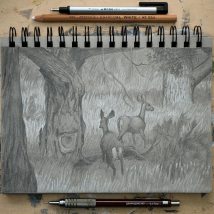 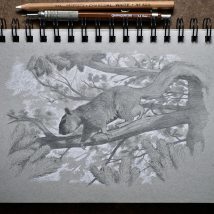